"Sentia were a surprise and a personal highlight of the night. Embodying most of the aspects of Melbourne prog listed above, Sentia...

Get the Faceless single now!

Sentia's latest offering ‘Faceless’ is available now on all major digital and streaming services. Check it out at one of the links below....

Sentia's latest offering ‘Faceless’ is the follow up to their mammoth track, ‘Bruisin’ that was released in June 2018 to rave reviews and... 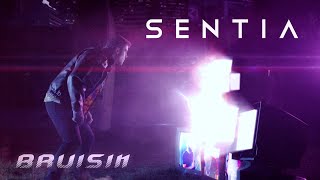 Watch the Video for Bruisin'

SENTIA are proud to release the music video for their single Bruisin'. Bruisin is an unadulterated hate song written about a particularly... 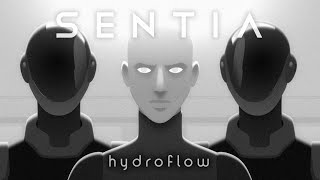 Watch the Video for Hydroflow

SENTIA are proud to release the music video for their single ‘Hydroflow’ from their debut EP ‘Origins’. Directed and animated by Oscar...

Last night, SENTIA proudly launched the new video for their single 'Hydroflow' at The Evelyn Hotel alongside other talented local acts...

Sentia are pleased to announce our debut EP is out now, available digitally, from our online store and any of our shows! Spotify Google...

"The entire stage was bathed in light blue dry ice as Sentia’s intro music blasted out of the PA, building tension nicely as the large...

The signature sound of Melbourne 5 piece, SENTIA, is becoming harder to pigeon hole with every release.

Since their formation in 2011, the slippery genre benders have incorporated a plethora of styles into their music to create a unique sound that is entirely their own. The flirtation between post-rock, synth-wave, reggae and more, combine in a sound that is somehow as cohesive as it is diverse.

SENTIA's  blend of dark synth-scapes, melodic vocals, harmonies, and intricate rhythm  has shown in the band's captivating live shows as much as their releases and has continued to set them apart in the Australian alternative scene.